The National Science and Media Museum will be giving a first look inside a new major exhibition that will uncover the fascinating world of codebreaking, cyber security and secret communications.

Top Secret: From Ciphers to Cyber Security has been created alongside expert advisers from the UK’s intelligence, security and cyber agency, GCHQ, and will be open to the public from Friday 11 February – Sunday 5 June 2022. This follows its successful run at the Science and Industry Museum in Manchester and the Science Museum in London.

Visitors can discover more than a century of codebreaking history through extraordinary objects, interactive puzzles and first-person interviews. From the First World War to the latest in cyber security, fascinating stories will be revealed via handwritten documents, declassified files and artefacts from the historic collections of the Science Museum Group and GCHQ.

The 100+ exhibition objects will reveal fascinating historical stories of communications intelligence from the last century, including cipher machines used during the Second World War, secure telephones of the type used by British prime ministers, and an encryption key used by Her Majesty The Queen. Other exhibits also chart the more recent history of cyber security and the work of GCHQ’s National Cyber Security Centre (NCSC), which works to defend against cyber-attacks.

Free tickets for Top Secret: From Ciphers to Cyber Security are available to book now via the National Science and Media Museum website.

“Our museum tells the stories of the science and culture of sound and vision technologies and their impact on our lives, so we are incredibly excited to be welcoming Top Secret to Bradford. The exhibition will showcase how advancements in image and film have impacted domestic spyware throughout the Cold War era, and ultimately influenced modern technologies that have transformed how we communicate today.”

“This fantastic exhibition gives a fascinating insight into how the UK’s world-leading intelligence and cyber security experts have defended the country from criminals and hostile states since the First World War.

“We have supported this exhibition so people from Bradford and across the UK can enjoy it for free and I hope it inspires the next generation of budding cyber professionals to consider a career in this exciting field.”

GCHQ’s modern-day mission is to tackle the most serious cyber, terrorist, criminal and state threats and to make the UK the safest place to live and do business online. Top Secret originally opened at the Science Museum in London to coincide with GCHQ’s centenary in 2019 and moved to the Science and Industry Museum in Manchester in summer 2021. The exhibition’s stay in Manchester was timely, as GCHQ opened an office in the North-West in 2019, where they are pioneering a new kind of national security, mentoring start-ups on tech challenges and working with universities on some of the most pressing national security challenges. GCHQ also has sites in London, Bude, Scarborough and Cheltenham.

The government plans to further establish a ‘cyber corridor’ in the North to promote growth in the digital, defence and technology sectors, and the subsequent need to inspire a new generation of diverse intelligence and cyber security officers makes the launch of Top Secret in Bradford particularly important.

Top Secret: From Ciphers to Cyber Security will open on Friday 11 February 2022 and runs until Sunday 5 June 2022. It is free, but booking is essential. Visitors will also need to book a general admission ticket.

The exhibition is supported by principal funder the Department for Digital, Culture, Media & Sport (DCMS), which is working to improve cyber security skills and inspire the next generation of cyber professionals.

The National Science and Media Museum in Bradford, West Yorkshire, opened in 1983, and has since become one of the most visited UK museums outside London. The museum explores the science and culture of image and sound technologies, creating special exhibitions, interactive galleries and activities for families and adults. It is home to three cinemas, including Europe’s first IMAX cinema screen and the world’s only public Cinerama screen. Entry to the museum is free.

GCHQ is an intelligence, security and cyber agency with a mission to help keep the UK safe. Its people use cutting-edge technology and technical ingenuity to identify, analyse and disrupt threats in an increasingly digital world. GCHQ works closely with MI5, the Secret Intelligence Service (MI6), law enforcement, the military and international partners to counter real-world and online threats from nation states, criminal groups, terrorists and individuals. The National Cyber Security Centre (NCSC), which is part of GCHQ and was set up in October 2016, leads the cyber security mission to make the UK the safest place to live and do business online.

The Department for Digital, Culture, Media & Sport (DCMS) drives growth, enriches lives and promotes Britain to the world. DCMS is helping to deliver the government’s £2.6 billion National Cyber Strategy to protect and promote UK interests in a rapidly evolving online world. This includes strengthening the UK cyber ecosystem by investing in skills and ensuring we have the people to meet our ambitions, now and in the future. 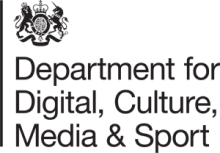