With just a few months before the Yorkshire Games Festival returns for its third run at the National Science and Media Museum in Bradford, organisers are excited to unveil Vlambeer’s Rami Ismail as the latest esteemed speaker to join the event’s growing line-up.

Ismail and Vlambeer have become household names among fans of indie games across the world, with celebrated releases like Ridiculous Fishing, LUFTRAUSERS, Nuclear Throne, and, of course, Super Crate Box having made major waves during the last decade.

Ismail is also known for his frank honesty when public speaking, having stolen the show at events all over the globe by giving forthright accounts of the studio’s experience within the indie scene.

At the Yorkshire Games Festival (6–10 February 2019), Ismail is set to give a motivational talk about independent development, with more details held back to be revealed on the day.

Also making the line up is Mette Andersen, a level designer at IO Interactive, developers of the recently released Hitman 2. Naturally, Andersen’s topic of choice will be focused on the level design in the Hitman series, specifically discussing the art of designing them as ‘social spaces’. Adding to that, Hwa Young Jung—a multidisciplinary artist working across the arts, culture and science, facilitating collaborative workshops and projects—will take to the stage to talk about ‘art games’ as an alternative career path.

Finally, Yorkshire Games Festival can announce a currently unrevealed speaker from MachineGames—the studio best known for its work on the Wolfenstein series—will also be speaking, with further details regarding just who will be taking to the stage set to be unveiled in the new year.

“The games industry has grown into a space that is open for anyone that is willing to put their mind to it. In visiting events like the Yorkshire Games Festival, I get to share the fascinating stories and experiences in game development from both my career as a developer and as a traveller. I’m excited to participate in the week-long celebration of games, to share what I’ve learned, and to learn from the creators and audiences attending.”

For developers, Yorkshire Games Festival can also announce it has begun canvassing for games to exhibit at the Northern Games Showcase, with the remit being to show off the best the north of the UK has to offer to the festival’s throng of attendees. If you’d like your game to be part of the mix, please contact jack.wentworth-weedon@scienceandmediamuseum.org.uk.

For those looking to make their way to the National Science and Media Museum next February, tickets for the main event are now on sale. Passes for Game Talks are £80/£70 (full pass) or £40/£35 (day pass).

The five-day event, designed to provide a content rich schedule celebrating games culture, design and production, will include:

2019 will see the Yorkshire Games Festival build upon its remit to celebrate games culture and introduce a new generation to the science and art of games development. Look out for further details in the coming months. #YGF19

The National Science and Media Museum in Bradford, West Yorkshire, opened in 1983, and has since become one of the most visited UK museums outside London. It draws on more than three million objects from its national collection to explore the science and culture of image and sound technologies, and their impact on our lives. The museum creates special exhibitions, interactive galleries and activities for families and adults, and is home to three cinemas, including Europe’s first IMAX cinema screen and the world’s only public Cinerama screen outside the USA. Entry to the museum is free.

The Yorkshire Games Festival showcases some of the greatest talent and titles from across the videogames spectrum from the National Science and Media Museum in Bradford, Yorkshire, in partnership with games business network Game Republic.

The festival is designed to provide gamers and budding game makers unrivalled access to the industry, offering insights into all aspects of the games industry from award-winning studios, and hosting live shows and events showcasing a wealth of games and activities.

The Yorkshire Games Festival also dedicates a day to school groups, aiming to inspire people of all ages and backgrounds to engage with the many aspects of video game design, development and coding. 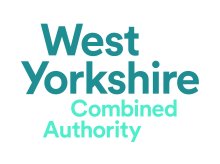