Pictureville—where cinema lives. Set inside the National Science and Media Museum, our three fantastic screens show everything from blockbusters to arthouse in Bradford, UNESCO City of Film.

Pictureville is the new name for cinema at the National Science and Media Museum.

Following a successful five-year partnership with Picturehouse, we’ve returned to an independent cinema operation. We’re working with INDY Cinema Group to bring you a diverse and exciting programme on your favourite screens, and we’re offering a great new membership scheme too.

Along with our new name, we’ve launched a brand-new membership scheme. Read more about membership, including FAQ for existing members.

We have three screens: Pictureville and IMAX on Level 0, and Cubby Broccoli Cinema on Level 1. They show everything from the latest 3D blockbusters and family favourites to arthouse film and cult classics—see what’s on.

Our event cinema screenings bring theatre, ballet, opera and more to the big screen. And every October we host Widescreen Weekend, a film festival devoted to the past, present and future of cinema.

We also offer a variety of accessible screenings.

In the heart of Bradford, UNESCO City of Film, the National Science and Media Museum has a long history of cinema firsts. The museum is also home to a world-class sound and vision collection, including the camera that shot the world’s first moving images.

When it opened in 1983, our IMAX theatre was the first in Europe; it’s still the biggest screen in the region. In 2015 it was upgraded with state-of-the-art digital projection and premium seating—a truly mind-blowing way to experience the movies.

Pictureville theatre opened in 1992 and was described by film producer Lord David Puttnam as ‘the best cinema in the world’. The beautiful auditorium is equipped with the latest 4K digital projection system and 7.1 surround sound, as well as its famous, deeply curved screen. It’s also the only remaining public venue in the world that can still show 3-strip Cinerama.

Pictureville has played host to scores of celebrity guests, from legendary actors like Jenny Agutter, Aamir Khan and Ray Winstone, to YouTube superstars The Yogscast and astronaut Tim Peake.

Bradford is the perfect location for our fantastic cinemas—it became the first ever UNESCO City of Film in 2009.

In 1952, Cinerama was launched as the ultimate in immersive cinema. It uses synchronised 35mm projectors to project three images simultaneously, producing an ultra-wide picture. A 146° curved screen is required to achieve this triptych effect.

Today, just three venues in the world have the ability to screen Cinerama to the public, and Pictureville is the only one of these located outside the USA.

Cinerama films are shown as part of Widescreen Weekend, our yearly film festival.

Read more about the history of Cinerama in Pictureville

Take an incredible journey through the evolution of image and sound technology. Explore our free exhibitions and galleries and discover our collection. 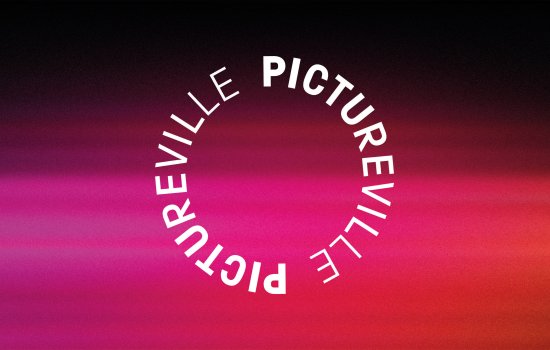 Our three fantastic screens show everything from IMAX blockbusters to indie gems. See what’s on now and coming soon. 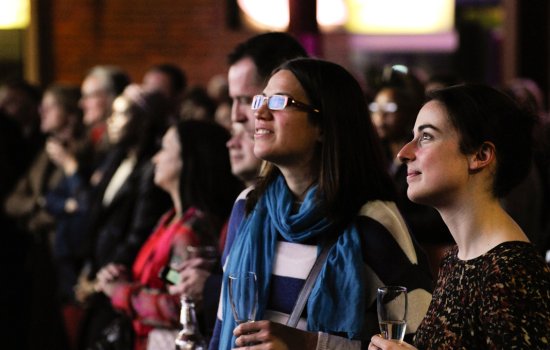 Love cinema? Be part of the action. Pictureville offers a membership scheme that works for you. 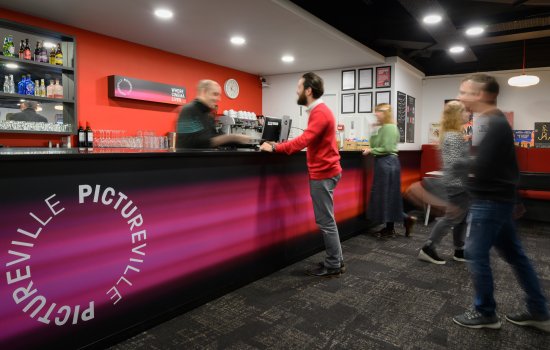 Visit our bar for a great range of cinema snacks and drinks. Open from 30 minutes before the first screening of the day for cinema customers. 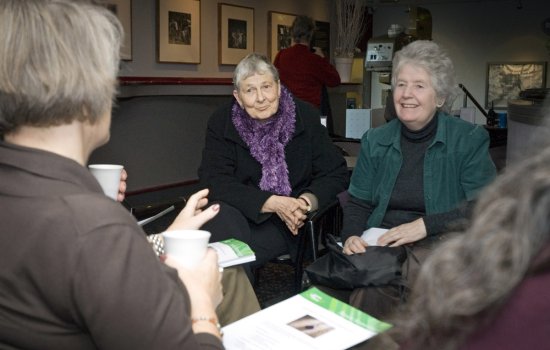 Our cinemas are open to everyone—find all our special screenings and accessible options here.