Don’t miss these special free screenings of short films that challenge perceptions of and depict life in Bradford district, all made by people who live here.

MAKE:FILM is a Bradford Council project, supported by Bradford 2025 and Bradford UNESCO City of Film. Its aim is to showcase the talent of contemporary film-makers of all ages based in Bradford district, providing them with a platform to demonstrate the unique nature and characteristics of the district and its people.

In 2020, grants were awarded for 37 new original short films and documentaries that challenge perceptions of and show life in Bradford. Films could be on any subject, made in any style, and made using any equipment from a mobile phone to high-end kit.

As Bradford district continues to expand its cultural activity and prepares to bid for the UK City of Culture 2025 title, we are proud to bring these films to the big screen in Cubby Broccoli Cinema. These four programmes showcase the incredible films made via MAKE:FILM. They celebrate the bold, diverse and gritty stories of Bradford as well as the brilliant work of its up-and-coming film-makers.

Read more about the MAKE:FILM project

I Don’t Want to Be Five

Grown out of conversations between director Jax Griffin and songwriter Dan McGlade during 2020, I Don’t Want to Be Five is inspired by the shared—but poignantly different—misgivings a parent and child have towards going to school for the first time. Looking to convey the magical realism of a child’s viewpoint, Jax suggested approaching artist and animator Lou Sumray, whose previous work contained many of the fantastical, playful, surreal, and sometimes dark imagery that the song evoked.

Made by: Matthew Milnes
Duration: 25 mins

Bradford’s very own Matthew ‘Maf’ Milnes, frontman and songwriter of Kascarade, makes his debut production in this documentary film. The film explores the band’s history and showcases stories from other Bradford music people about how life in the district influenced them and what the future holds for Bradford’s musical culture.

Made by: MOBE
Duration: 12 mins

Ashes to Vegetables is a story about a fractured community, a derelict patch of land, a team of six hopefuls, an impossible dream! Filmed largely on an iPhone and with only basic editing facilities available, it’s a true underdog story.

We’re Here But We’re Gone is a collaborative visual and auditory piece telling the world that Bradford art, creatives, musicians and places are still here, not going anywhere, and still very much wanting to share and make.

The Branches Are Hope; The Roots Are Memory

Made by: Sema Basharan
Duration: 8 mins

By documenting the memories of faith-based activists in Bradford, The Branches Are Hope; The Roots Are Memory explores the links between the city’s religious diversity, peace heritage and grassroots activism. It is an audiovisual portrait of a unique aspect of Bradford’s culture.

The Laughing Salmon of Bradford

Made by: The Armchair Artists Collective
Duration: 11 mins

A journey of personal growth inspired by Bradford legends. A person travels on a mission through familiar Bradford places, where they encounter a giant, some fairies and talking stone heads. Through these strange meetings they come to a new and deeper understanding of themselves. A hand-painted animated film by the Armchair Artists Collective.

The Beast of Bradford

Made by: Mike Barrett
Duration: 11 mins

A short film made in collaboration with Bradford artist Ruth Fettis and storyteller Uzma Kazi. The story, adapted from a zine film-maker Mike Barrett wrote in 2018, is based loosely on the legend of the Bradford Boar. The backgrounds were shot on a ‘secret’ footpath surprisingly close to Bradford city centre.

A film exploring the effect of Covid-19 and the national lockdown on people already living with a difficult disease: dementia. We meet carers, family members, and people living with dementia, asking how restrictions have hindered their lives, and what they hope the future will bring.

Bradford... A Fascinating City Then and Now

Made by: Joanne Crowther
Duration: 15 mins

This short film focuses on the wonderful legacy of Victorian Bradford, visiting locations across the city, including the moors. It juxtaposes historical and current-day uses of Bradford’s Victorian buildings, highlighting their rich and diverse cultural and artistic heritage. Follow Pollie Toothill, real-life Victorian Bradfordian, in costume on an imaginary time machine, travelling back to Victorian Bradford and wandering around the modern-day city today.

Made by: New Focus
Duration: 10 mins

Three inspirational girls from Bradford reveal their hopes and fears in this powerful short film directed by New Focus, Impressions Gallery’s young people’s collective. Girl Power is inspired by Impressions’ exhibition Being Inbetween by Carolyn Mendelsohn, a series of eye-catching photographic portraits of girls aged between ten and twelve.

Michael joins his father Clive on a short tour around their home city of Bradford as they reminisce about years gone by and how the place has evolved over recent decades. Along their journey, they discuss employment, immigration, love, loss and the importance of family.

Bradford in the Frame

Bradford in the Frame explores the history of one of Britain’s oldest amateur film-making clubs. Using archive footage and extracts from recent productions, the film shows how the Bradford landscape has inspired and shaped nearly a century of movie-making.

This is Our City

In January 2021, five young film-makers came together on Zoom to plan a short documentary about Bradford. This is Our City is the result. Written, directed and filmed in lockdown by our film-makers, This is Our City—made using only mobile phones—highlights some of the best bits of Bradford.

Made by: Letty McHugh
Duration: 4 mins

Ruth & Safiya follows the unlikely friendship between Ruth, an isolated pensioner in her eighties who visits her allotment daily, and Safiya, a teenage Syrian refugee struggling to adapt to her new life in Bradford.

Made by: Bradford Synagogue
Duration: 9 mins

TVINS tells the story of two Jewish refugee brothers who arrived in Bradford as Fritz and Hans before World War II. They were taken to Canada as enemy aliens and returned from Canada as Fred and John. Told through the eyes of their children Nick and Paula, the film explores how they moved into Bradford life, got married and raised a family.

Made by: Nathan Allen
Duration: 15 mins

Auditions is about finding your voice and actions speaking louder than words, and is told through the lens of a bombastic talent show arriving in a small town. Initially conceived by filmmaker Nathan Allen, who soon brought on board childhood friend Jack, Auditions evolved into a backhanded love letter to their hometown of Bingley.

Made by: Thea Burrows
Duration: 14 mins

A sixtysomething working-class Bradfordian is emotionally anchored to one building, a comfort blanket woven with childhood memories. It’s his self-medication, his reset, his attempt to cope with the aftermath of a tragedy. One that affects his mental wellbeing and relationships throughout the rest of his life.

Made by: Bewildered Dad
Duration: 12 mins

Bradford’s Innovation Heroes is a celebration of the city’s forward-thinking citizens—the characters who changed people’s lives in their own particular ways. From inventing school dinners to developing Photoshop before computers existed, Bradford has a rich history of leading the world.

Made by: Karol Wyszynski
Duration: 5 mins

I am is a slow poetic journey through the Aire Valley. Bradford and its surrounding communities are seen from a different perspective and the voices of the people of YourBradfordYourCulture are represented by the nurturing tones of local singer and artist Martha Cecilia Kean. Music composed by Mark Douglas reflects the rich heritage and nature captured by award-winning Bradford-based photographer Karol Wyszynski. The film shows the environment’s relationship and deep connection with the people of the city. It’s about a sense of place, community and home and the different ways we see the same thing.

The Drummond Mill chimney is one of Bradford’s iconic landmarks. The life and death of the famous textile mill that lay below it are explored using photography by Tim Smith, narration by Kirsty Tayor and an original soundtrack by Alexei Smith that melds music with the sounds of textile machinery.

Made by: Outloud Ltd
Duration: 6 mins

Holme Grown is a celebration of the unique community that is Holme Wood, Bradford. Outloud Ltd wanted to shine a light on this special place that so many people in the city call home, and showcase the incredible community spirit, grit, tenacity and resilience that exists there.

The Stories Behind the Squares

23 March 2020 saw the start of the first UK lockdown. Ilkley Manor House wanted to capture memories and experiences of the lockdown as part of the town’s social history. The result is a series of quilts of beautiful, interesting and poignant textile images that capture the experiences of lockdown.

Out of the Woods

Out of the Woods is an intergenerational dance film narrated and performed by people living in Holme Wood, Bradford. The piece explores retrospective tales of life in an area which faces many challenges, highlighting the highs and lows of growing up and celebrating the beauty of friendship and community.

Made by: Donnie Horvath
Duration: 5 mins

When we look at an object, we only see the light coming from it. There are many things you can see in Bradford, and Lights of Bradford aims to show some of them. As a multicultural city, it shows unconditional acceptance towards everyone. It is like a food that has flavours from every cuisine. You can experience things from all around the world by being in just one place—Bradford.

Round My Way is an uplifting and authentic spoken-word drama about a papergirl on her daily route and the vibrant personalities she meets on her way. It boasts the warmth, strength and diversity that is the beating heart of Bradford.

From Sunrise to Sunset in the Cold and the Heat

Made by: Faiza Shaikh
Duration: 15 mins

A love letter to the two cities of Bradford and Karachi—each often maligned and misunderstood—seen through the eyes of their creative residents. The film is a deliberate attempt to celebrate artistry, energy, imagination and inventiveness where you least expect it.

The ultimate high school romance—and one of the most successful musicals of all time—returns to the big screen with a new 4K restoration. 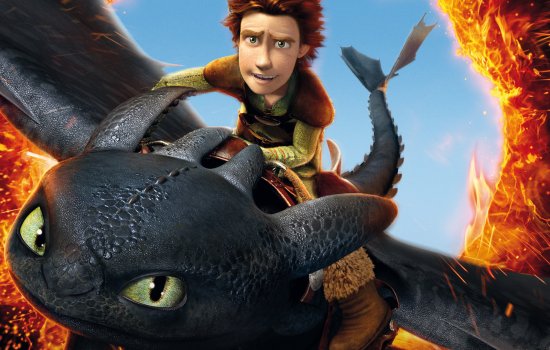 Kids’ Club: How to Train Your Dragon (PG)

A hapless young Viking befriends a rare dragon. See the family favourite on the big screen for just £3 per ticket at this Kids’ Club screening.