Join us for this special event to kick off Widescreen Weekend. Explore the world of early 3D cinema with historian Denis Pellerin, followed by a screening of 50s horror classic Creature from the Black Lagoon.

Victorian adventures in the third dimension!

When photography was first revealed to the world, people expressed disappointment that the images looked more like etchings due to the lack of natural colour. To enhance the experience, Victorians quickly developed a process of hand-tinting their images... but they were far from finished.

Denis will uncover how Victorians experimented with three dimensions, using the process of stereoscopy, and even tried, at a much earlier stage than is generally believed, to add movement and bring images to life. Discover how all this happened through some of the treasures in our museum collection.

In the heart of the Amazonian rainforest, a geological expedition uncovers an unusual fossil and a prehistoric evil lurking in the depths of the fabled Black Lagoon.

When the film was released in 1954, ‘Gill-Man’ was an instant sensation and quickly became a later addition to the roster of iconic Universal Monsters alongside Dracula, Frankenstein’s monster, and the Mummy. Through pioneering underwater cinematography and fantastic costuming—which cost $12,000 at the time—the film takes the audience into the lagoon itself and presents a full-body horror unlike anything seen in cinemas before. This is a pulp classic for very good reason!

There will be a 15-minute intermission between Denis Pellerin’s presentation and Creature from the Black Lagoon. 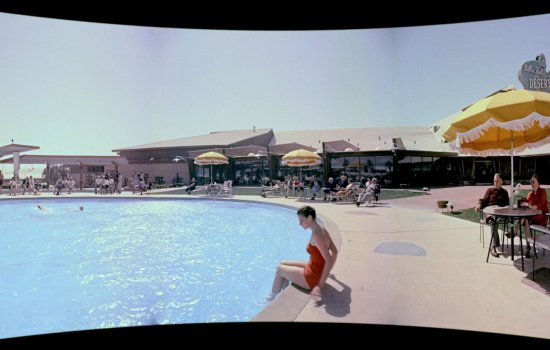 Experience the spectacle of Cinerama on Pictureville’s fantastic curved screen in this stunning showcase of 1950s film technology!

Rediscover drag racing, rock ’n’ roll and drive-ins in this classic coming-of-age story, taking place across one summer night in 1962.

Filmed in spectacular CinemaScope 55, this classic musical is a visually stunning treat.