The 21st century has seen a boom in digital photo manipulation, from Photoshop to Instagram. But the phenomenon goes back to the early 1990s, when digital cameras first became commercially available, and with them the first opportunities to edit your own photos at home.

Explore the early days of this technology and find out how photo manipulation became commonplace—with a little help from a ‘time-travelling’ camera spotted in the background of an old video.

Time travel, hoax, or digital photography in the 1990s?

A few years ago, there was a minor internet storm after a viewer noticed something strange going on in the background of a boxing match recorded in 1995.

If you look closely at the crowd, there is a figure holding a blocky white object in front of their face. They seem to be concentrating intently on its reverse, slightly turning it to follow the actions of the moving boxers. This object, the internet agreed, looked rather like a modern camera phone.

The figure held it in portrait orientation (but surely old cameras were all landscape!), and there is a visible lens in the top left corner (but didn’t old cameras have the lens in the middle?).

Certainly, this was a futuristic digital camera much like those we use today. But what was it doing at a boxing match in the mid-nineties? Obviously, concluded the internet, this person was a time traveller.

Unfortunately, the ‘time travel’ theory was soon debunked. Digital cameras were widely available by 1995, although they were relatively expensive.

The first digital camera was created in the Kodak labs in 1975 by a team led by Steve Sasson. This was a chunky blue and silver box that recorded images on a cassette. It worked, but it was purely experimental. It took another 16 years before the first digital cameras were available to buy in the shops.

One of the very earliest of these was the Logitech Fotoman, first available in 1991. This was an off-white plastic camera, orientated vertically like a telephone handset. There is a viewfinder at the top left of the camera—but no rearview screen. This meant that the photographer would have to hold the camera in both hands and raise it up to their face to use.

Perhaps, at a distance, this would resemble the user of a modern phone camera, like the figure in the background of that boxing match in 1995.

By modern standards, the Fotoman’s capabilities aren’t very impressive. It could only take black and white photographs, each at a tiny 376x240 pixel resolution. It had 1MB of internal storage, enough for about 32 pictures. To see the photographs, you had to plug the camera into your computer, where you could use Logitech’s digital camera software to view and edit your images.

It had rechargeable batteries, but if these went completely dead then you would lose everything on the camera and have to reinstall its operating software from scratch.

Despite its obvious drawbacks, the Fotoman was hailed as the future by technology journalists.

As this report shows, the idea of being able to take a photo and print it at home—all without the need for a darkroom—was a great selling point at the time.

One year later Logitech released the Fotoman Plus—$200 cheaper and now with higher-resolution images at 496x360. It was still black and white but was now able to create image files in a new format called the JPEG.

This changed everything. JPEGs are an image format standard that is compatible across all our different digital architectures. Outputting images as a JPEG—rather than a format only used by Logitech software—made the images usable in a wider variety of contexts.

Camera manufacturers including Polaroid, Nikon, Olympus, and Fuji had all started developing digital cameras during the 1980s, and by the early 1990s these were starting to be released to consumers.

Kodak released the Kodak Nikon DCS100, which added a digital camera sensor to a standard Nikon F3 camera, in 1991. It came with a separate digital storage unit that had to be carried around in a shoulder bag to house batteries and a hard drive.

The Fujix DS-100 arrived in 1991, the Olympus Deltis in 1993, and the Apple QuickTake 100 in 1994, and many more followed. Casio released the QV-10, the first digital camera to have an LCD screen on the back. Sony’s Mavica MVC-FD5 came with a helpful floppy disk drive so you could save your photographs and transfer them between computers.

The new digital cameras looked odd. Because they no longer had to find room for film, they could be all kinds of wacky shapes. Cameras were tall, flat, or chunky. Some looked like phones, some like camcorders, or futuristic binoculars. The Ricoh RDC-2 had a flip-up screen like a little laptop. Some cameras—like the Olympus C2500L pictured below—even looked a bit like a normal analogue camera, to help photographers feel more at home.

No wonder the camera in that 1995 boxing match confused the internet!

So what was the time traveller’s camera? 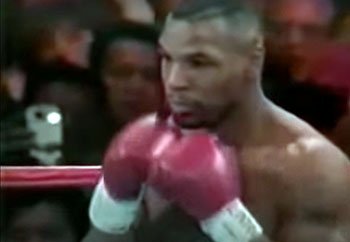 It’s hard to say for certain. It looks a lot like our Fotoman, but it could also be a Casio QV-10, or a Fujix FS-30. All these cameras were held vertically and might look like a chunky phone from a distance. The Casio had a rear LCD screen that you might look at while photographing something, as with a modern camera phone.

Is the figure holding it up to their eye, or looking at a rear screen? Are the lenses arranged like a Fotoman, or a Fujix? What do you think?

It was always possible to alter a photograph with darkroom trickery, or clever layering of negatives. In the 1920s, for example, Alexander Rodchenko used scissors and paste to assemble impossible collages from multiple photographs.

Before the first consumer digital cameras, it was already possible to create computerised images by scanning physical pictures on a scanner. In 1989, a new machine called a Barneyscanner could be used to make digital copies from 35mm slides and display them on the screen of a Macintosh computer.

It came with an image-processing software package called Barneyscan XP. By 1990, the software could be bought separately and, having been licensed by Adobe Inc., was now known as Photoshop.

The digital cameras we’ve looked at from the 1990s are nice, but they produced such poor quality images that it’s hard to understand why consumers put up with them. Why not just use a normal 35mm camera and take really high quality photographs?

Many did—and still do. But some people loved the new digital cameras because they were relatively easy to use for a beginner and didn’t need a specialist photo developer. And the possibilities of digitally manipulating your photographs using newfangled editing software, such as Photoshop, were even more exciting.

Today, the global market for photo editing software is huge; reports in 2020 suggested it could be worth as much as 1.48 billion dollars by 2027. As one of the most well-known programs in this market, Photoshop is now synonymous with image editing—so much that ‘Photoshop’ has become both a household name and a commonly used verb, added to the Oxford English Dictionary in 2006.

Photoshop has made image manipulation more accessible and more convincing. It is now common for photographers to produce a final image by overlaying hundreds of slightly different shots of the night sky, generating an impossibly clear composite view of the stars.

In 2021, the National Science and Media Museum hosted the annual exhibition of the Yorkshire Photographic Union (YPU). The yearly competition includes plenty of digitally enhanced photographs—in fact, there’s an entire category dedicated to altered realities. Some use postproduction software to control light levels or enhance colours, while others stitch images together to form outlandish compositions. For example, Richard Fulcher created a dreamlike image of a bowler-hatted man soaring through the air on the back of a goose.

Other artists might retouch their photos until it resembles a painted surface. Andrea Hargreaves does this, spending hours tweaking her photographs into painterly fantasy scenes.

Hargreaves was the overall winner of the Yorkshire Photographic Union’s 2020 competition. Her work is strange and challenging. What are these images? Are they photographs, or drawings, or something in between? As a member of the Pontefract Camera Club, she is careful to meet the club rules regarding photographic manipulation. But her work pushes the limits of what a photograph can be—changing every element in postproduction, combining images, altering colours and lighting, and generating scenes that she could never capture in life.

In post processing I have found my passion for creating my own composite fantasy images. Every element of the construction is taken from my own photographs, including brushes and textured overlays—a prerequisite in club photography competition rules.

It’s this kind of potential that led to digital photography taking off in the 1990s and 2000s. We now take it for granted, with filters and cropping tools allowing us to easily change the properties of a photograph. We can airbrush our skin, or even transform ourselves into a dog, simply by using a filter on a photography app like Instagram or Snapchat.

The photograph that our time-travelling photographer took at the boxing match was almost certainly terrible. They were too far away, the boxers were moving around, the camera was fairly poor quality...

But those tech reporters were right to think a camera like the Logitech Fotoman was the future. Who knows—perhaps, after downloading their images of the boxers at home, the photographer made some strange manipulated creations with Photoshop. And they would no doubt have been excited by the prospect of a modern smartphone, with the possibility of quickly applying an Instagram filter before instantly sharing their image with the world. 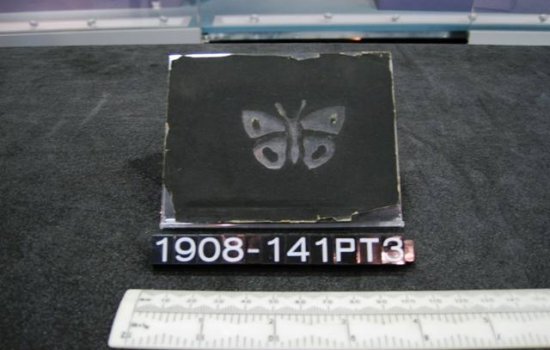 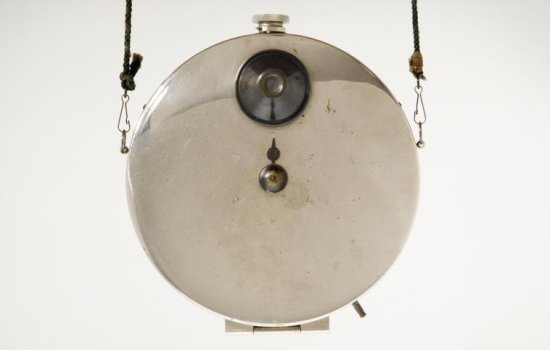 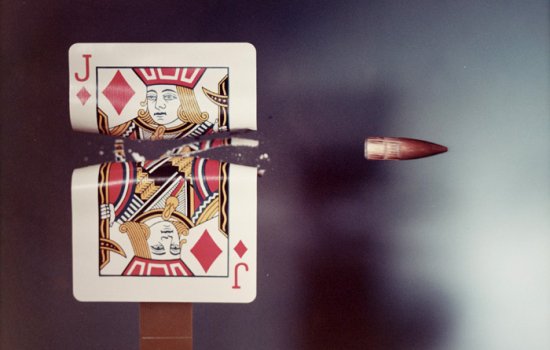