Tuning in to childhood: A history of British children’s TV

From Muffin the Mule to Bob the Builder, these examples of much-loved programmes and characters illustrate the continuous development of British children’s television between the 1940s and the turn of the 21st century.

While children have always been an audience for the BBC, it was not until 1946 that the first TV show aimed at children was produced. For the Children started on 9 June 1946, shortly after the post-war switch-on of television services on 7 June. Muffin the Mule, accompanied by Annette Mills, trotted onto screens live from Alexandra Palace from October 1946 until 1952.

Muffin’s career dated back to 1933: designed by puppet-maker Fred Tickner, he initially starred in a puppet circus for the Hogarth Puppet Theatre. The previously unnamed mule became known as ‘Muffin’ in 1946 when puppeteers Jan Bussell and Ann Hogarth began working with Annette Mills, who coined the name.

On For the Children, Muffin would dance on an old piano while Mills—who had a background in songwriting and performing—played songs she had composed, including the famous ‘Here Comes Muffin’ theme. Other animal characters to appear on the programme included Kirri the Kiwi, Zebbie the Zebra, Hubert the Hippopotamus and Sally the Sea Lion.

After Mills’ death, the BBC retired the show, though Muffin briefly returned to screens on ITV in 1956–57. Muffin the Mule was an early example of successful television merchandising, and a range of products featuring the character were produced—Muffin even appeared in a book published in the Soviet Union in 1958. It was not until 2005, however, that Muffin returned to television screens, with a cartoon version appearing on CBeebies from September 2005 until August 2008.

1952 saw the introduction of the BBC’s Watch with Mother, a television continuation of a radio programme called Listen with Mother. Like For the Children, it comprised a series of shows, and was aimed at pre-school children viewing television with their mothers. Watch with Mother ran until 1973 and featured many iconic shows, including Andy Pandy, Flower Pot Men (later Bill and Ben), Picture Book, and The Woodentops.

In the late 1990s, the BBC produced an advertising campaign called ‘Small People’, designed to demonstrate and celebrate the BBC’s ongoing commitment to younger audiences as supported by the licence fee. The advertisements featured replicas of many favourite characters from BBC children’s programming over the years.

Some of these replicas are now part of the Science Museum Group Collection and are held here at the National Science and Media Museum in Bradford. They include several Watch with Mother characters: Andy Pandy, Bill and Ben (and Little Weed), Spotty Dog, and Sausage the Dog.

These characters continue to be loved by new generations today, with both Andy Pandy and Bill and Ben being revamped in recent years. Andy Pandy was recreated as a stop-motion animation in 2002, and you can see the stop-motion set in our Animation Gallery.

For many, the toys from the long-running BBC series Play School will need no introduction. Play School entertained several generations of viewers: it was the first programme to be broadcast on BBC2 in 1964, and continued until 1988.

Unlike For the Children and Watch with Mother, Play School featured presenters who spoke directly to the viewer: its creator, Joy Whitby, devised the format of the programme in response to what she later described as ‘a dearth of nursery education at the time’. It had a large cast of presenters, designed to reflect its diverse audience. Paul Danquah, who joined the show in 1966, was the first Black presenter of a UK children’s programme.

In contrast to the puppets featured in earlier programmes, the Play School toys were regularly handled and played with by the presenters. Humpty was part of the show from the very first episode, where he took several tumbles in the name of a singalong version of the nursery rhyme ‘Humpty Dumpty Sat on a Wall’. Big Ted and Little Ted were twin teddy bears who emerged in the mid-1970s after the original (simply known as Teddy) was stolen!

Only one original toy is missing from our collection: Hamble, a little doll that was lost after being dropped from the show in the 1980s. Hamble was retired to make way for Poppy, a Black doll introduced to reflect changing attitudes in society (and save Hamble, who was fragile after a Play School presenter stuck a knitting needle up her rear to keep her upright).

The 70s brought us a lump of clay with a life of his own: Morph, a clay character produced by Aardman animation studios for the BBC. If you visit the National Science and Media Museum, you can see him on display in the Animation Gallery.

Aardman—the team behind other beloved characters such as Wallace and Gromit and Shaun the Sheep—created Morph for Take Hart, a BBC art show for children presented by Tony Hart from 1977 until 1983. Since then, Morph has continued to reappear on the small screen. From 1994 onwards he appeared in SMart, a similar art show, and since 2021 he has been entertaining a new generation in the Sky Kids series The Epic Adventures of Morph.

Our collection also features a framed drawing of ‘the many faces of Morph’, sketched by Peter Lord, the co-founder of Aardman.

Gordon the Gopher first appeared on screens in 1985 with the launch of CBBC (Children’s BBC), a package of programmes specifically aimed at children and shown in the afternoon. Alongside presenter Phillip Schofield, Gordon sat in the ‘Broom Cupboard’, a small presenting booth, and marked the transition between different shows. From 1987 the pair moved to Going Live!, a children’s magazine show, with Paul Smith—today Head of Editorial Standards at the BBC—acting as Gordon’s puppeteer. It was on Going Live! that Gordon had a famous run-in with an overzealous puppy!

Gordon was a gopher of few words... literally, as he would squeak instead. The squeaker was included in Gordon the Gopher toys sold for around £15 each in the 1980s. However, for one of Gordon’s most recent television appearances—at CBBC’s 30th birthday celebrations in 2015—he found his voice: the famous squeak was replaced with a voice provided by the actor Warwick Davis.

You can see Gordon on display in the Experience TV gallery at the National Science and Media Museum. Our puppet, which is on loan from the British Film Institute, is one of the originals. As well as Gordon himself, we’re also lucky enough to have a range of his outfits in our collection, including a Mario costume, Star Wars outfit, Star Trek suit, gym kit, and a leather jacket donated by the singer Adam Ant.

Bob the Builder started in 1998 and was screened as part of the CBBC programming package until 2002. In that year, the BBC relaunched CBBC as a separate channel, alongside its sister channel CBeebies, which showed programmes aimed at pre-school-aged children. At this point, Bob the Builder moved to CBeebies.

The Science Museum Group Collection includes a number of Bob the Builder animation props, used at Manchester’s HOT Animation studios to create the show until 2007. Bob the Builder was made using stop motion animation—the same creative technique Aardman famously use for Wallace and Gromit—until 2011, when a CGI spin-off show was launched.

Bob the Builder is also the only children’s TV character (so far) to have had a Christmas number one single in the UK charts! The original series’ theme song, ‘Can We Fix It?’, reached the number one spot in December 2000 and was the biggest-selling British single of that year. Vocals were provided by the actor Neil Morrissey, who voiced Bob at the time.

The second half of the 20th century saw huge changes in broadcasters’ approaches to children’s television. Today, there are numerous channels solely dedicated to children’s TV, which—in addition to the plethora of shows offered by online streaming services—make international programming more accessible to UK viewers than ever before.

One thing remains the same: the most memorable and loveable characters we encounter in the TV shows of our childhood will stay with us forever. What sort of characters might come to our screens in the next 70 years, and how audiences of the future will watch them, remains to be seen. 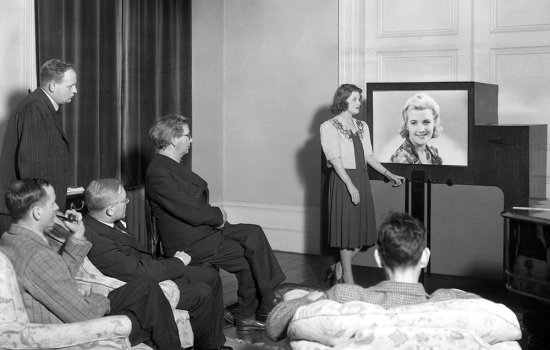 Delve into stories looking back at the last 100 years of TV and radio, and find out about trailblazers in broadcast technology. 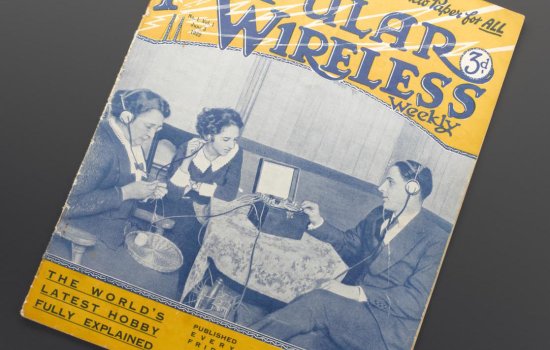 DIY radio and television: The role of enthusiasts in early broadcasting

Discover how amateur radio and television enthusiasts influenced the growth of broadcasting in the UK, experimenting with new technology at home before tuning in became a mainstream pastime. 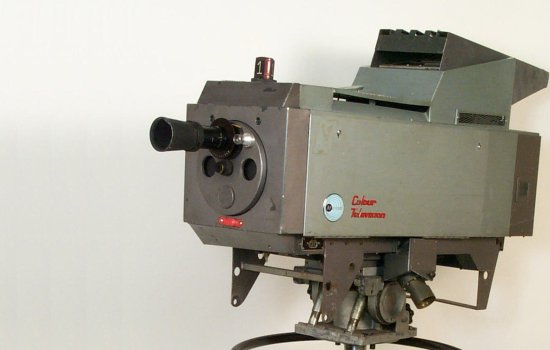