From Harry Price and his ‘National Laboratory of Psychical Research’ to the infamous case of the Cottingley Fairies, this story looks at the scientific instruments, methods and technologies used to test (or debunk) spiritualist mediums, fairy apparitions and ghostly visions.

Harry Price and the National Laboratory of Psychical Research

In the years after 1900, several ‘psychical’ laboratories were purpose-built in Britain, Europe and the US by serious practitioners aiming to establish rigorous, controlled conditions for scientifically investigating the supernatural.

Psychical investigator Harry Price established the London National Laboratory of Psychical Research (NLPR) in 1926. Price defined psychical research as the attempt to ‘ascertain, by exact experimental methods, how far the alleged phenomena of the séance room can be brought into line with normality’. Could science explain the strange phenomena spiritualists and occultists claimed were stemming from an unseen world?

To conduct these ‘exact experiments’, Price’s Laboratory was equipped with a range of technologies, from cameras to Dictaphones (voice recorders) and barographs (instruments for registering changes in atmospheric pressure). These were used to measure conditions in the séance room, document what was occurring, and study the medium’s body and associated phenomena.

Price designed several special apparatuses for psychical testing, but simple instruments like thermometers were often the most useful tools for collecting evidence.

In Price’s 1923 testing of the medium called ‘Stella C.’, the room’s temperature was carefully monitored. It registered significant drops in temperature during performances—from 15.5°C to 9.4°C in the first sitting. The spiritualist periodical Light excitedly explained that this was the first conclusive, empirical proof of the ‘cold breeze’ spiritualists believed accompanied spirit phenomena.

The testing of Mina ‘Margery’ Crandon

Boston-based medium Mina Crandon, alias ‘Margery’, was a famous subject of scientific scrutiny in the 1920s. Margery was known for producing ‘ectoplasm’ phenomena—strange bodily emanations she claimed were spiritual in origin—in séances.

In the 1920s, Margery was investigated by several psychologists, physicians, engineers, and others using a range of scientific instruments and approaches.

Flash photography was important for visually capturing hard-to-see phenomena in the dim, red-lit séance room. Many photographs were produced for ‘stereographic’ viewing. This process made objects in photographs appear three-dimensional, which (investigators argued) enabled more accurate observation of the phenomena.

Investigators treated the séance room like a field laboratory, subjecting Margery to strict ‘controls’ (including physical restraints) to establish test conditions. Her ectoplasm, often taking the form of a crude hand, was a particular focus—especially since its authenticity was backed up by Margery’s husband, a Harvard-trained surgeon whose medical background lent scientific credence to her performances.

The hand supposedly belonged to the spirit ‘Walter’. Sceptical investigators speculated that the hand was stored in Margery’s vagina, but this was never confirmed: unlike other, working-class spiritualist mediums under psychical investigation, Margery—married to an upper-class, well-to-do physician—was never internally searched.

In some séances, Margery allowed impressions of Walter’s ectoplasmic hand to be taken in softened dental wax.

Investigators compared these fingerprints against those of prior séance attendees. Some alleged that ‘Walter’s’ fingerprints matched those of her (still living) dentist, who had participated in an earlier séance. But not all agreed with this charge—nor that it suggested fraud. A note in the scientific journal Nature documented the controversy, including counter charges by other investigators alleging ‘bad faith, falsification of material evidence and sinister motives’—including that the wax print had been tampered with.

This kind of debate surrounding proof, trustworthiness and evidence is common in the history of psychical investigation, showing that establishing empirical ‘proof’ or ‘disproof’ of psychical phenomena was never as straightforward as it seemed. Margery was ‘debunked’ by some, but not all, investigators, and continued to perform into the late 1930s.

Not testing the supernatural: The Cottingley Fairies

Cases in which individuals producing ‘supernatural’ phenomena were not subject to such scrutiny by investigators are equally important for understanding the relationship between science and the occult.

The Cottingley Fairies case remains one of the most renowned ‘supernatural’ episodes in Britain. In 1917, cousins Frances Griffiths (8) and Elsie Wright (15) borrowed the family’s Midg camera to photograph fairies in their garden.

The situation would escalate when word about the photographs reached celebrity author Sir Arthur Conan Doyle—the trained physician and ‘rationalist’ creator of Sherlock Holmes, who was also renowned as a leading spiritualist supporter and often participated in spirit investigation. Doyle bought the girls two expensive Cameo cameras and plates to produce additional photographic evidence of fairies.

Doyle published several sensational pieces asserting the photographs’ authenticity, including a sell-out book in 1922. The fallout damaged both his reputation and the lives of the young girls, who were bullied, hounded by the press, lost jobs, and were forced to move.

In 1983, Elsie wrote a letter explaining the case from her perspective, making clear what had seemed obvious to many readers for decades: that the fairies were faked, a ‘practical joke’ that got out of hand.

Some see the case as representing a triumph of hoaxers over gullible dupes, but the truth is more complex. Unlike his other supernatural investigations, which relied on physically examining the mediums and apparatuses, Doyle in his inquiry made no attempt to meet the girls.

The reasons for Doyle’s reluctance to investigate in person remain up for debate. Did he believe girls of their age and class were not skilled enough to produce such photos? Or were other factors at play? Either way, the Cottingley case is an interesting exception to the trend of hands-on psychical investigation. 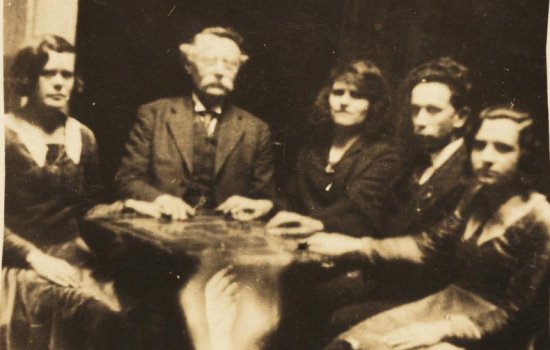 Belief in fairies, ghosts and other supernatural phenomena may seem to have little to do with science. But as this story shows, such beliefs—often called ‘occult’—have a long shared history with science. 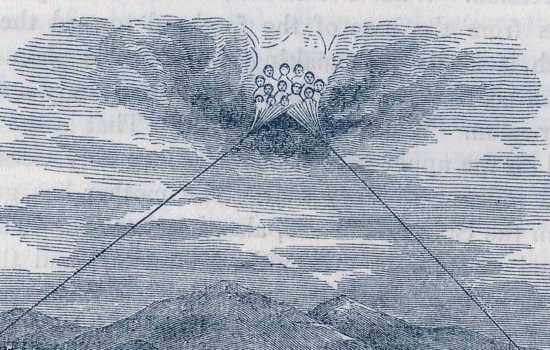 Find out how communications technologies such as the electric telegraph, telephone and radio were used to explain and explore communication with supernatural beings, the spirits of the dead and even aliens. 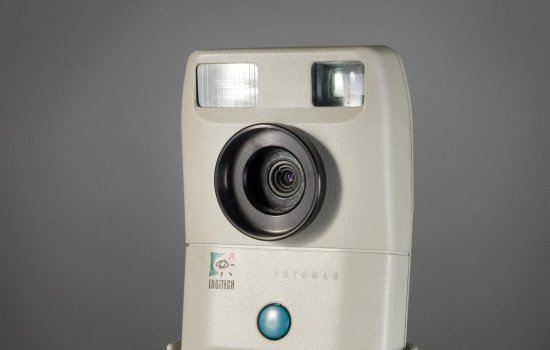 The 21st century has seen a boom in digital photo manipulation. Explore the early days of this technology and find out how image manipulation became commonplace.